Posted by L.VENUGOPAL, JOURNALIST, PRO at 7:27 PM No comments:

Simultaneous release of films in the overseas market along with the domestic market has been the latest trend in the Telugu film industry.
It is quite fetching when the talk is good, but at the same time quite risky, too. And in the concluding year, several Telugu films hit the overseas screens, but except two or three films, almost all of them bombed, making the buyers bankrupt.
According to the statistics available so far, during 2011, only three films -- Mirapakay, Kandireega and Sree Rama Rajyam could make profits, that too, very meager: Rs 10 lakh, Rs 5 lakh and Rs 20 lakh respectively in the overseas market. Dookudu made the highest profit, but the exact data is not available.
Mr Perfect also made a little fortune but again the statistics were not available.
All other films have incurred heavy losses. For example, Jr NTR’s much-hyped film Sakthi, which was bought at Rs 2 crore in the US, could generate only Rs 60 lakh, leaving the buyers with a loss of over Rs 1.4 crore. Similarly, Badrinath starring Allu Arjun was bought at Rs 2 crore, but it could make only Rs 50 lakh and the buyer became bankrupt by Rs 1.5 crore. So was the case with Pawan Kalyan-starrer Teen Maar which made a loss of Rs 40 lakh, while Anaganaga Oka Dheerudu starring Siddharth bombed at the box office, causing a huge loss of Rs 90 lakh to the buyer.
The bottom line is that although there is huge number of film lovers in the USA, they are clear in going to the theatres only when the film gets thumping hit.

As has been commonplace in recent times, flops dominate the hits in Telugu Cinema abroad; the overseas market for Telugu Cinemas has long forgotten something called "average"! Small films are unable to even recover the shipping costs or the costs for the prints, and the theater rents are not even brought into the equation yet! It's alarming that young heroes' films are bought at high prices and the whole investment is lost if the film flops! Owing to this situation, once-active distribution houses are now taking a backseat while new distribution houses are joining the race. Some producers are choosing to distribute their films on their own when they think that the offered prices are not on par with the estimated market status for the hero. For instance, Dil Raju distributed his Mr. Perfect by himself as three of his latest films were disasters and no established distributor wanted to risk a 1-crore investment on his film anymore! He did make his money with the film, but an outsider would have incurred losses due to shipping costs, selling local distribution rights, and so on. Annapurna Studios too started their own overseas distribution channel with Naga Chaitanya's Dhada and followed it up with overseas distribution of Rajanna. Lack of theaters in smaller cities proved to be a problem for films like Sreerama Raajyam and Panjaa, as they could not get theaters at the right time due to the holiday season.
January had 5 films released abroad. Mirapakaay was bought for 70 lakh rupees and fetched decent profits for the exhibitors and distributors. Anaganagaa Oka Dheerudu was bought for one crore rupees, and while the distributors were safe in the whole deal, the exhibitors lost everything on the film! Golconda High School and Wanted could not even recover the cost of prints, and quite notably, one of the blockbuster hits in Andhra Pradesh, Alaa Modalaindi... could not also recover the cost for prints overseas!

Hit: Mirapakaay
In February, 4 films - Gaganam, Katha-Screenplay-Darshakatwam Appalraju, Prema Kaavaali, andKudirithe Cup-pu Coffee - were released abroad. The 40-lakh rupees of investment of Gaganam could help it towards a breakeven for both distributors and exhibitors, while the same investment for Katha-Screenplay-Darshakatwam Appalraju was washed out for distributors as well as exhibitors. The other two films were released by the respective producers and ended up as flops.

Average: Gaganam
March saw only 2 theatrical releases abroad: Aha Naa Pellanta! amd Dongala Muthaa. The former film had a limited release by the producer himself, with no result at BO, and the latter film which was bought for 15 lakh rupees and was a complete washout.
April has 4 releases in the overseas theaters in the form of Shakti, Teenmaar, Mr. Perfect, and Nenu Naa Raakshasi. Shakti was bought for a whopping 2 crore rupees and kept the distributors safe, at the cost of the exhibitors who lost all their investment. Teenmaar was bought for even higher price of Rs. 2.25 crores and ended up with a loss of about Rs. 50 lakhs. The producer himself released Mr. Perfectas he could not find a distributor that offered his expected price. The film collected Rs. 1 crore despite being a blockbuster in India. Nenu Naa Raakshasi was a total washout for an investment of 35 lakh rupees.

Hit: Mr. Perfect
Disappointments: Shakti, Teenmaar
3 films were released in abroad in May. 100% Love was bought for one crore rupees and was a break-even for all buyers. The film was just an average fare abroad. Veera, which was bought for 60 lakh rupees, and was a diaster at the abroad box-office. Dubbing film Rangam was released too, but it didn't make any big impact at the BO.

Average: 100% Love
Disaster: Veera
June had 2 films released abroad. Badrinath was bought for Rs. 1.85 lakhs and resulted in about Rs. 35 lakhs in losses for the distributor whereas exhibitors lost most of their investment. 180 was released by the producer but it could make profits neither to the producer/distributor nor the exhibitors.

Flops: Badrinath, 180
July witnessed just 1 film's release abroad. Varun Sandesh's Brahmi Gaadi Katha was brought for a mere five lakh rupees but did not recover that either. �
In the month of August, only Kandireega and Dhada made it to the screens abroad. Kandireega was bought for 20 lakh rupees and made nearly thrice as much! Dhada, on the other hand, was bought for Rs. 60 lakhs and lost it all.

Super Hit: Kandireega
September too just had 1 theatrical release overseas, but it was the much touted Dookudu! The film not only became an all-time hit abroad but also made it to newspapers in the USA, for the buzz it created at the box-office!

All time hit: Dookudu
In October too, only 1 film released abroad. Oosaravelli was bought for Rs. 2.05 crores and had good openings. However, it ended up with a loss of about Rs. 30 lakh rupees for the distributors.
After six long months of less releases, November had 4 films releasing into theaters abroad. Moguduwas bought at 30 lakh rupees and ended up as a loss for all its exhibitors. O My Friend!, at 60 lakh rupees of investment, made a profit to distributors but the exhibitors had to face the losses! It's My Love Story was released by the producer himself and was a damp squib at the box-office abroad. Sreerama Raajyam was bought for a paltry sum of Rs. 40 lakh rupees (given its budget and star cast) and it became a profitable investment for all its buyers, with a total overseas collection amounting to nearly 1 crore rupees.

Super Hit: Sreerama Raajyam
The last month of the year, December, had just 3 releases abroad. Overseas distribution rights forPanjaa were bought for Rs. 2.2 crores and it ended as a flop to its exhibitors. Business details aboutRajanna are yet to be known but the film ended up a flop for the producer who distributed the film on his own. Dubbed movie Journey was released in limited screens and was a flop too.
Flop: Panjaa
Posted by L.VENUGOPAL, JOURNALIST, PRO at 7:23 PM No comments: 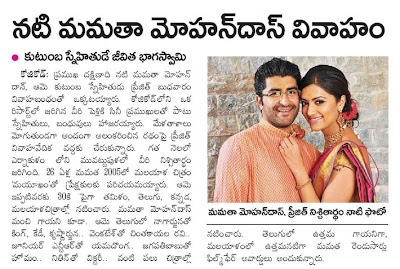 Posted by L.VENUGOPAL, JOURNALIST, PRO at 7:50 PM No comments:

Email ThisBlogThis!Share to TwitterShare to FacebookShare to Pinterest
Labels: VISESHAALU 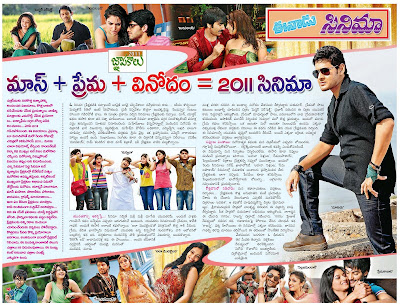 Posted by L.VENUGOPAL, JOURNALIST, PRO at 7:49 PM No comments: 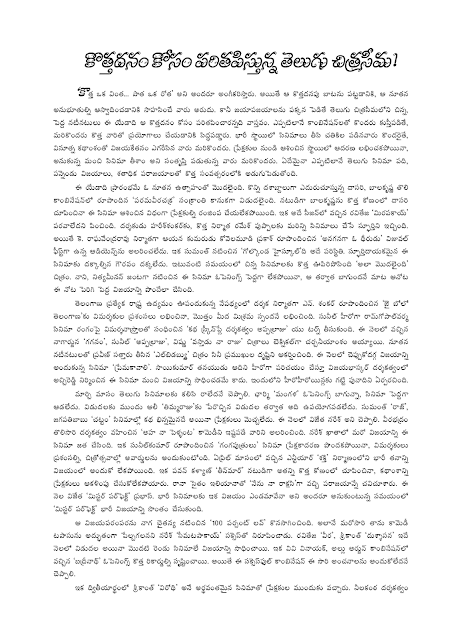 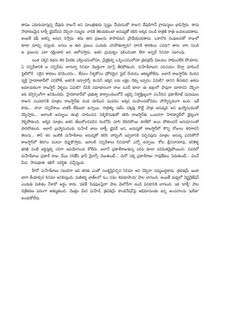 Posted by L.VENUGOPAL, JOURNALIST, PRO at 5:44 AM No comments: 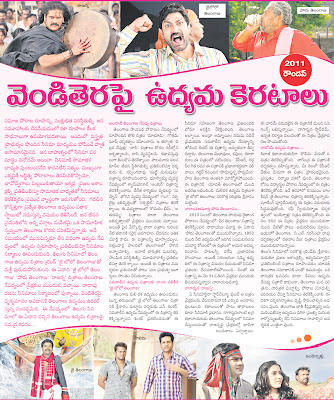 Posted by L.VENUGOPAL, JOURNALIST, PRO at 7:14 PM No comments: